Filming recently wrapped on The Cello, a new horror movie that reunites Saw star Tobin Bell with director Darren Lynn Bousman (Saw II-IV, Spiral). No word on a release date just yet, but Deadline has shared our first look at Bell in the movie alongside co-star Jeremy Irons (Dead Ringers)! 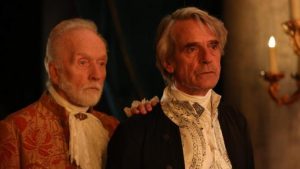 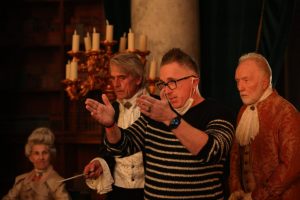 Based on the book by Turki Al Alshikh, who also wrote the script, The Cello tells the story of an aspiring cellist who learns the cost of his brand-new cello is a lot more insidious than he first thought. Syrian actor Samer Ismail and Saudi actress Elham Ali also star in the film, which was filmed in Saudi Arabia and the Czech Republic.