A gallery of first-look photos from Volume One of Stranger Things 4 has emerged from the Upside Down, giving us a good look at the now-teenage cast. 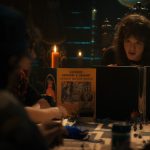 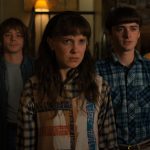 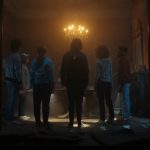 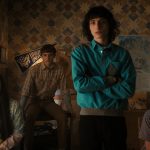 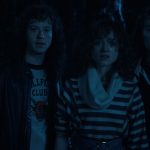 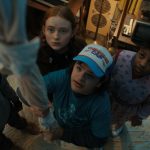 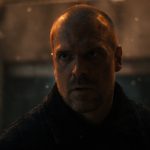 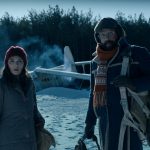 Picking up six months after the events of the previous season, Stranger Things 4 is reportedly twice the length of previous seasons, leading to its two-volume structure. With the kids now grown up, this season is also said to lean much harder into horror territory. Excitingly, horror legend Robert Englund has joined the cast, playing a character called Victor Creel, who is imprisoned in a psychiatric hospital for a gruesome murder committed in the 1950s.

As for the plot? Hopper is still alive, imprisoned far from home in the snowy wasteland of Kamchatka, where he will face dangers both human… and other. Meanwhile, back in the states, a new horror is beginning to surface, something long buried, something that connects everything….

Volume One of Stranger Things 4 debuts on Netflix on May 27th, with Volume 2 set to drop on July 1st.