With Pacific Rim: Uprising now just over a year away, star John Boyega has shared the first official still of himself in the film as Jake Pentecost.

The Force Awakens’ Boyega tweeted the image, along with the words: “I am Pentecost.” The character is the son of Stacker Pentecost, played in the 2013 original by Idris Elba. 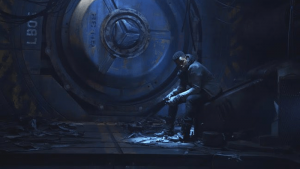