Zack Snyder (2004’s Dawn of the Dead) is heading back into zombie-infested territory with Army of the Dead, and Entertainment Weekly had shared two first-look images from the film! 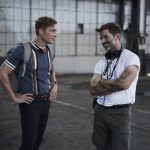 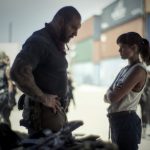 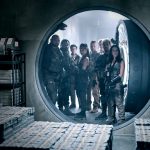 Taking place after a zombie outbreak in Las Vegas, Army of the Dead sees a group of mercenaries taking the ultimate gamble—heading into the quarantine zone to pull off the greatest heist ever attempted. The film is expected to hit Netflix this summer.

“It is a full-blown, balls-to-the-wall zombie heist movie, so it’s genre-on-genre in a great way,” Snyder told EW. “So you expect pure zombie mayhem, and you get that, 100 percent. But also you get these really amazing characters on a fantastic journey. It’s going to surprise people that there’s a lot of warmth and real emotion with these great characters.”