Duncan Jones directed one of the best sci-fi films of the decade with Moon; an intense and unpredictable journey with a lone astronaut (Sam Rockwell) on the moon. Since then he’s directed the exciting Source Code and the not-so-impressive visual treat Warcraft. His next stint into sci-fi is with Mute, an upcoming Netflix original feature film set in the near future.

The film follows a mute bartender called Leo, played by Alexander Skarsgard, and his wife Naadirah (Seyneb Saleh). When Naadirah goes missing, Leo embarks on a journey into the city to find her and meets two surgeons, played by Paul Rudd and Justin Theroux, who help him track down his wife.

Three images have been released for the film and you can check them out below. The neon visuals are gorgeous and show that Mute is sure to be a striking treat for the eyes, as well as a gripping journey into a futuristic world. 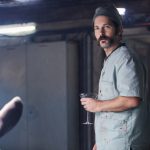 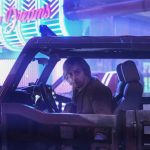 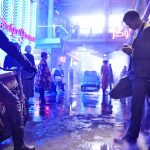 Mute will hit all Netflix territories at some point in 2017.