The acclaimed and controversial author of American Psycho and Less Than Zero is trying his hand at directing with The Deleted, a TV series that features stars of Vine (RIP) and YouTube. You can check out the first image from the film right here, which shows a trio of young folk who look mighty comfortable. 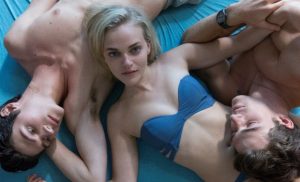 This will be Ellis’ directorial debut and the story will follow a group of unconnected people who go missing in LA. Their disappearance triggers unease and paranoia in a group of twenty-somethings who have escaped from a cult.

The streaming video app Fullscreen has the rights to the project which is set to air on 4th December. The cast includes Nash Grief, Andrea Russett, Madeline Brewer, Ian Nelsen and Amanda Cern.