If you’re already missing The Walking Dead, you don’t have long to wait until some of your favourite characters return to the small screen. The Walking Dead: Dead City is set to premiere on AMC sometime in early 2023—and we’ve got some first-look images to share with you! 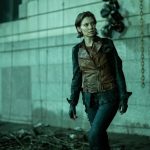 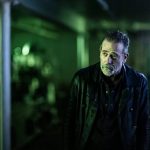 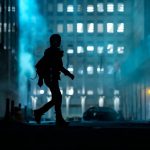 One of several upcoming spinoffs, The Walking Dead: Dead City centres around Lauren Cohan’s Maggie and Jeffrey Dean Morgan’s Negan as they travel “into a post-apocalyptic Manhattan long ago cut off from the mainland. The crumbling city is filled with the dead and denizens who have made New York City their own world full of anarchy, danger, beauty, and terror.”

The Walking Dead alumnus Eli Jorné serves as showrunner on Dead City, which takes place two years after the finale of the flagship series. The series will have six episodes.

​​“Eli has created a chaotic, beautiful, grimy madhouse of the dead for Negan, Maggie, and fans of the show eager to discover an unseen and insane world of the TWD Universe,” said franchise architect Scott Gimple in a recent statement. “Lauren and Jeffrey have always been fantastic collaborators and now, we bring that collaboration to the next level with a series that will take these characters to their limits with the world—and each other. All of us are thrilled to take you on an all new, all different TWD epic for the ages.”