Paco Plaza (co-director of [REC]) is bringing us a prequel to his 2017 horror film Verónica, and we’ve got some first-look images to share with you courtesy of Netflix España’s official Twitter account.

If you haven’t seen Verónica, the film centres on a teenage girl forced to protect her younger brother and sister after an attempt to summon the spirit of their dead father using a Ouija board goes horribly wrong. The prequel, called Sister Death, will focus on the character of Hermana Muerte, played by Consuelo Trujillo in the original film. Here’s the synopsis:

“In post-war Spain, Narcisa (Aria Bedmar), a novice with supernatural powers, arrives at an old convent converted into a girls’ school to become a teacher. As the days go by, strange events and the increasingly disturbing situations that torment her will end up leading her to unravel the terrible skein of secrets that surround the convent and lie in wait for its inhabitants.” 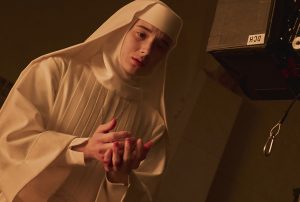 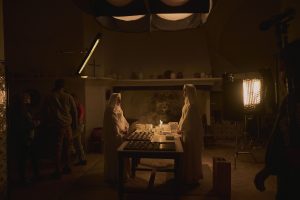