You’ll probably recognise John C. McGinley as Dr. Cox from the TV series Scrubs, but he’s now branching into horror as he stars in IFC’s comedy-horror series Stan Against Evil this October. The show will be premiering on 31st October – Halloween night – at 10pm, with the rest of the episodes airing weekly on Wednesdays.

Synopsis:
Stan Against Evil’ follows Stanley Miller (McGinley), a sour, aging bulldog of a New England police sheriff who has recently lost his position as head honcho due to an angry outburst at a most inappropriate moment — his wife’s funeral. Impatient and judgmental, he’s not exactly accepting or kind towards people from different walks of life. When the new, strong-willed sheriff Evie Barret (Varney) opens his eyes to the plague of angry demons haunting their small New Hampshire town, Stan begrudgingly joins an alliance with her to fight them off. 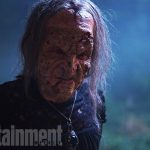 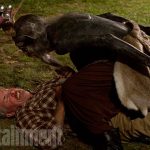 The images look like the show could be a lot of fun. We get a great look at the angry demons which have rather impressive make-up. The show’s creator Dana Gould spoke about his influences for the show and described Stan Against Evil’s tone as being similar to An American Werewolf in London, but he said, “This is a comedy that is nestled in a horror show like a Russian doll. To that end I think it is its own animal.” 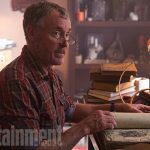 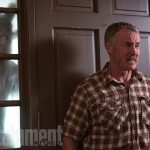 If the show delivers frights and humour to rival An American Werewolf in London, then we’re definitely on-board! Be sure to catch Stan Against Evil when it airs this October.