Grab your plasma rifle, because there’s finally an update about Universal’s new Doom adaptation. The film, which will be called DOOM: ANNIHILATION, is slated for an autumn 2019 release—and the synopsis and first images are here. 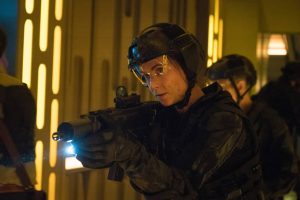 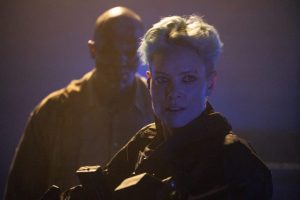 Written and directed by Tony Giglio (Chaos), DOOM: ANNIHILATION will see a group of UAC space marines responding to a distress call from a Martian moon base. But when they arrive, they discover that all hell has broken loose—and the demonic creatures want to wreak havoc on earth. Amy Manson, Nina Bergman, Dominic Mafham, and Luke Allen-Gale will star.

The last attempt at adapting the iconic 1993 video game was 2005’s Doom, which starred Dwayne “The Rock” Johnson and Karl Urban. While neither a critical nor commercial success, it has since developed something of a cult following. It’s unclear yet whether the new film will relate to the events of the first.