First Images Released for The House that Jack Built

It’s impossible not to be intrigued when you know the contentious Lars von Trier is making a new film. We now have the first set of images from his upcoming The House that Jack Built.

Von Trier was previously banned from the Cannes Film Festival after his controversial comments a few years ago, but the ban has been lifted and The House that Jack Built is set as an official selection. It won’t be long until we hear the first reviews and we’re extremely curious.

Check out the images below. They give us our first look at Matt Dillon’s (Wayward Pines) serial killer Jack, who thinks his kills are a work of art. You can also see one of his “masterpieces” in the making. 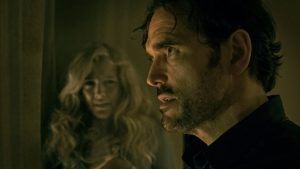 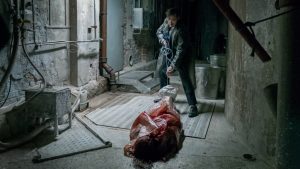 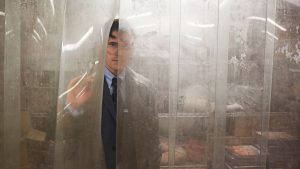 The House That Jack Built will be told from the perspective of a killer over 10-12 years. We will follow Jack as a police intervention edges closer, threatening to put an end to his artwork of murder.

In addition to Dillon, the film features Oldboy antagonist Ji-tae Yu, Riley Keough, Uma Thurman, Bruno Ganz and Sofie Grabol. Look out for The House That Jack Built in 2018.