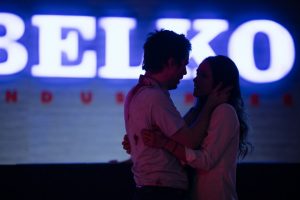 This week the Toronto International Film Festival announced its lineup of genre films, including those playing in the Midnight Madness programme. Among those named was The Belko Experiment, which comes from director Greg McLean and writer/producer James Gunn (Slither, Guardians of the Galaxy). TIFF accompanied the announcement with these first stills from the film.

“Belko revolves around the American Belco company (sic) in South America which is mysteriously sealed off at the beginning of a work day,” Gunn said when the film was announced, “…its employees are ordered to kill each other or be killed themselves. This starts an escalation of violence, where we discover the true nature of each and every Belco employee.”

TIFF also released the following synopsis for the film:
On what appears to be a normal day at Belko Industries, Belko employees are horrified when they find out that they’ve become guinea pigs in a company-wide experiment which will lead them to either kill their fellow employees or be murdered themselves. The experiment is masterminded by a mysterious voice which is controlling the loud speaker and instructing the employees to slaughter each other by any means necessary. 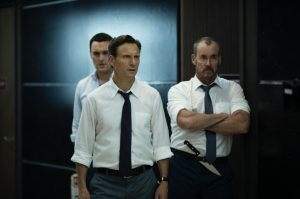 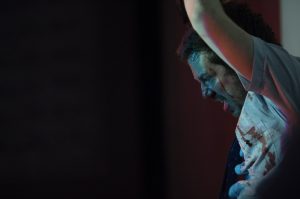 The 41st Toronto International Film Festival runs from September 8 to 18, 2016. “Midnight Madness is the destination for those who love to sink their teeth into excessive, unrelenting, weird and wild films,” said International Programmer for the Festival Colin Geddes, who described The Belko Experiment as “ruthlessly violent.”