FIRST IMAGES FROM THE GRUDGE REBOOT

The Grudge returns to haunt theatres in January, and the first images from the new film are here. In them, we get a look at stars Lin Shaye (Insidious) and Demian Bichir (The Nun), along with a chilling glimpses of the infected Tara Westwood. 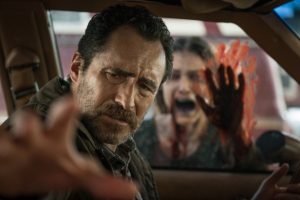 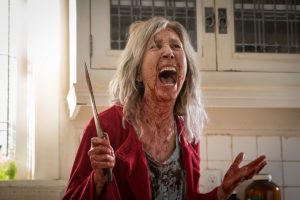 Nicolas Pesce (The Eyes of My Mother) is directing the R-rated reboot, which also stars John Cho (Searching, Fox’s The Exorcist), Andrea Riseborough (Mandy), Betty Gilpin, Frankie Faison, and Jacki Weaver. Sam Raimi serves as a producer on the film, which follows a cop (Riseborough) in small-town America whose seemingly unsolvable case leads her to a house cursed by a vengeful spirit.

The Grudge will creep into theatres on January 3rd, 2020. Are you excited to see another instalment in this creepy franchise?