French horror film Teddy is currently in post-production, and the first images hint at a bloody transformation.

The film follows the titular Teddy, a twenty-something man living in a foster home, working as a temp at a massage parlour, and dating a girl called Rebecca. As a scorching summer begins, Teddy is scratched by a wolf in the woods that the local farmers have been hunting for months. Of course, this was no ordinary wolf—and as the weeks pass, Teddy is overcome by strange animal compulsions… 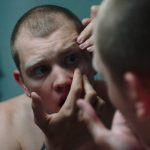 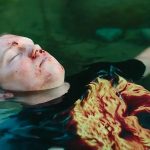 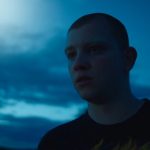 Teddy was written and directed by Ludovic and Zoran Boukherma, who were inspired by the monster stories that their mother—a big fan of Stephen King—used to tell them. Anthony Bajon, Noémie Lvovsky, Christine Gautier, and Ludovic Torrent star.