Described by star Nicolas Cage (Mandy) as possibly the wildest movie he’s ever made, director Sion Sono’s action-horror Prisoners of the Ghostland has shared a batch of images that have us intrigued! 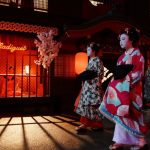 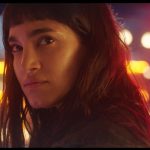 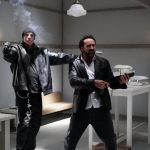 In the film, a notorious criminal, Hero (Cage), must break an evil curse in order to rescue an abducted girl who has disappeared into a dark supernatural universe. The cast also includes Sofia Boutella (The Mummy), Bill Moseley (House of 1000 Corpses), Ed Skrein (Deadpool), Young Dais (The Outsider), and Tak Sakaguchi (Versus).