First Images and Poster from the New Hellboy 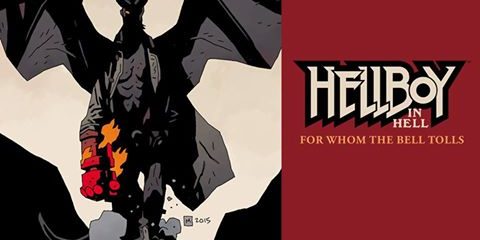 The first image and a new poster have been revealed for the upcoming reboot of Hellboy. Starring David Harbour in the title role, the new Hellboy will be directed by Neil Marshall and has been promised to be an “R-rated” reboot. We’ll see.

When speaking about the plot of the film, Harbour said:
“It’s not an origin story, but it’s his coming to terms with where he came from. He’s been Hellboy for a long time, but there’s a new turn of events at the start of the film, where people start to bring up the fact that he might bring about the end of the world, and it’s really the first time he’s heard anything like that. The question that comes up in the movie is where does he really belong?”

We’re excited to see a new Hellboy, even if it would have been great to have a continuation of Guillermo del Toro’s films.

Hellboy will be released in UK cinemas on 12th April. Check out the images below to see our first look at the man himself and Sasha Lane as Alice Monaghan and Daniel Dae Kim as Major Ben Daimio. 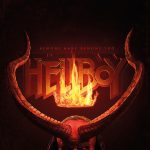 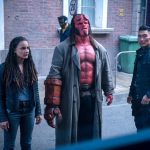