VMI Worldwide has shared the first images and poster art for Ravage, the directorial debut of Teddy Grennan, founder of the Sun Valley Film Festival. 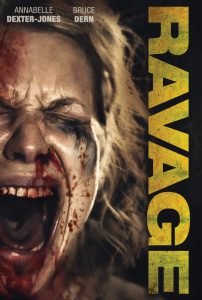 In the flick, Harper, a young nature photographer on assignment in the woods of Virginia’s Watchatoomy Valley captures a disturbing event: a man being brutally whipped and beaten. But after reporting the incident to the local sheriff, she is captured by the culprits and taken to an abandoned farm to be tortured. As an experienced survivalist, Harper is able to escape—but now she must outrun and outsmart her pursuers.