First Image of John Lithgow as Jud in Pet Sematary

The first image has been unveiled for John Lithgow’s character of Jud Crandall in the upcoming re-imagining of Pet Sematary and he looks like he’s having a great time! Check out the Instagram post below. 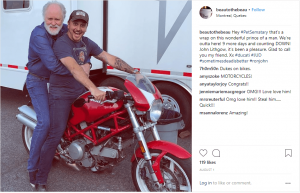