First Image of the King in Kong: Skull Island 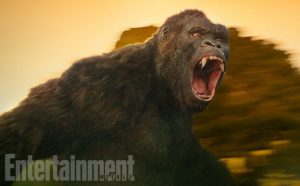 With Kong: Skull Island now just a few months off, EW have scored the first picture of the King and he looks, well, just as one would expect. But really, how much spin can you put on the look of a giant gorilla? Whatever; the film looks great, and you just know he’s gonna be cool.

Jordan Vogt-Roberts directs the film, which is will focus on the origins of The 8th Wonder of the World. The impressive cast is headlined by Tom Hiddleston and Brie Larson, with John Goodman, Samuel L. Jackson, Tom Wilkinson, John C. Reilly and Toby Kebbell. On producing duties are John Jashni and Thomas Tull for Legendary Entertainment, as well as Mary Parent and Alex Garcia. 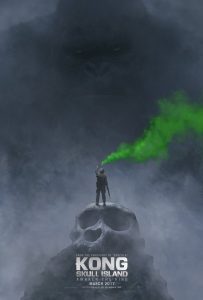 Synopsis:
Kong: Skull Island reimagines the origin of the mythic Kong in a compelling, original adventure from director Jordan Vogt-Roberts. A diverse team of explorers is brought together to venture deep into an uncharted island in the Pacific—as beautiful as it is treacherous—unaware that they’re crossing into the domain of the mythic Kong.

Kong: Skull Island will be smashing its way to cinemas March 10th, 2017. You’ll be wanting to see it on the biggest screen possible.