First Image from Manborg and Father’s Day Creators’ The Void 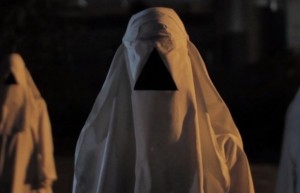 The first image has been released from The Void, the next feature film from Jeremy Gillespie (Father’s Day) and Steve Konstanski (Manborg, Father’s Day, The ABC’s of Death 2). The pair are known for their original, spoof-style film-making where they pay homage to films between the 1960s and ‘80s. As part of the Astron-6 film production company they have a devoted set of fans who adore their stylish and unique take on cinema. Both Manborg and Father’s Day are hugely entertaining, even if they may not appeal to the majority of film-watchers.

The image comes ahead of the film’s appearance at AFM (American Film Market and Conferences), where The Void is hoping to secure more deals. So far, the film’s rights have been secured in Thailand, Greece, Turkey and a few other European countries. Hopefully a UK release will be secured soon, because we don’t get enough Astron-6 over here. Give us The Editor, already.

Synopsis:
A lone police officer and a group of staff band together to fortify themselves within the walls of an isolated hospital which is under threat from a violent cult. As the group prepares for the fight of their lives they discover the real terror is already inside.

The Void recently had a hugely successful IndieGoGo campaign where the directors aimed to raise money to fund the ambitious monsters they want The Void to be brimming with. The campaign closed in May and they managed to secure 158% of their original objective; over $80,000. You can take a look at the campaign video below to get a good look at how bloody, gruesome and action-packed The Void is going to be.

Casey Walker and Jonathan Bronfman (The Witch) are going to produce The Void, with Ross Dinerstein (The Nightmare) as executive producer. Shooting is set to begin in Canada on 17th November 2015, so hopefully we’ll be getting a release in 2016.

The Void – Campaign Video from Cave Painting Pictures on Vimeo.