The First Clip from Midnighters Packs a Punch

The first clip has been unveiled for the twisted thriller Midnighters and it shows a strained married couple dealing with the stresses that arise after they cover up a crime. As you can imagine, tensions run very high and the couple’s already rocky marriage seems to be teetering further on the rocks.

Synopsis:
Midnight, New Year’s Eve: when all the hopes of new beginnings come to life – except for Lindsey and Jeff Pittman, whose strained marriage faces the ultimate test after they cover up a terrible crime and find themselves entangled in a Hitchcockian web of deceit and madness. 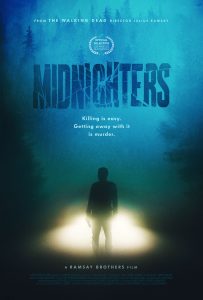 From Walking Dead director Julius Ramsay, Midnighters is described as a layered, enigmatic thriller set in the Gothic backwoods of New England. The film recently premiered at the LA Film Festival and has already received a stream of positive reviews. To see more from the film, check out the intense trailer below – and the new clip, of course! – which is laden with suspense.