Final Leatherface Poster takes us to the Sawyer Farm

With Texas Chain Saw Massacre prequel Leatherface revving up for release, this final poster has been unveiled, showing the young version of the demented Sawyer clan’s most famous member, heading home. 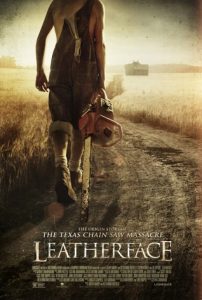 Directed by Inside helmers Julien Maury and Alexandre Bustillo, Leatherface depicts its titular butcher as a young boy, before taking us forward to his teenage years as he escapes from a psychiatric institute.

Synopsis:
In Texas, years before the events of the Texas Chainsaw Massacre, in the early days of the infamous Sawyer family, the youngest child is sentenced to a mental hospital after a suspicious incident leaves the sheriffs’ daughter dead. Ten years later, he kidnaps a young nurse and escapes with 3 other inmates. Pursued by authorities including the deranged sheriff out to avenge his daughter’s death, the young Sawyer teen goes on a violent road trip from hell, molding him into the monster known now as Leatherface.

Leatherface receives a limited US theatrical run and full VOD release through Lionsgate on October 20th. Before then, it is released exclusively to DirecTV on September 21st. You can read our review here. 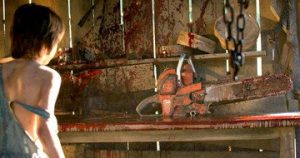 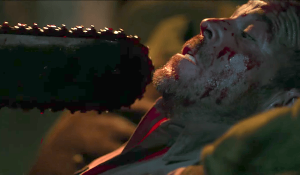