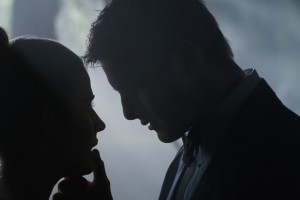 Synopsis:
A man teaches a young woman how to become a complete weapon. Later she is approached by a group of sadistic teens who kill blonde women for unknown reasons.

Tyler Shields is world-famous for his photography skills so it comes as no surprise that for his feature debut he has delivered a film which is visually alluring. Sometimes bordering on an art-house aesthetic, Final Girl is a stylish psychological thriller that is brutally beautiful in almost every aspect.

The plot is relatively simple. Four teens have developed the taste for murder and have been killing blonde women for sport in the nearby woods for quite some time. After learning about their misadventures the mysterious William (Bentley) gives his pupil Veronica (Breslin) her first assassination task with the orders to infiltrate their world and take revenge.

What begins as a straightforward script from Adam Prince has been elevated by the sound directorial style of Shields and Gregory Middleton’s cinematography.  I was enthralled by this film and found myself thoroughly enjoying its aesthetics. It does rely on a few slightly strange visuals but by no means did this distract me from enjoying the film. In fact these moments are what adds to the appeal of this film in the same way that Funny Games offered something slightly askew to the home invasion genre.

In reference to the cast it is a delight to see Abigail Breslin shine. As Veronica, a character who effortlessly flows between the different sides to her character at the drop of a hat, Breslin proves that she is one of the most underrated actresses around today. We all know that Breslin can do cute and we know she can pull off being a cheeky scamp but here she steps out of her shadow to deliver a performance which is both sexy and damn right dangerous.

Joining her is Wes Bentley as her mentor William. A mysterious but super level headed and often cold persona, there is not much else to his character but for some reason Bentley nails this part completely. Rounding up the cast as the group of teens are Logan Huffman, Reece Thompson, Cameron Bright and Alexander Ludwig. As the four villains they all deliver the goods and just the right amount of crazy to make their roles credible.

As a whole the film does have plenty of flair but it leaves quite a few questions unanswered. For example, it is never explained who Bentley’s character actually is or whom he and Veronica work for. There is a constant air of mystery about the pair which is touched upon but never fully explained. Some viewers may struggle getting past this but I certainly didn’t.

Similarly the film does kinda thrust the audience into the story with very little context but what helps drive the success of the movie is Tyler’s artistic direction. There are a few moments where the film really shines and when the game of cat and mouse in the woods begins the film becomes even more enjoyable and it is for that reason that I urge anyone who is remotely interested in Final Girl to check it out.