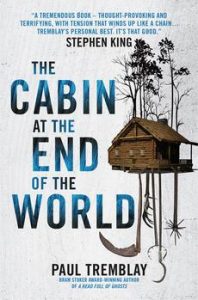 Based on the 2018 novel from Paul Tremblay, the story follows a family tormented by a group of strangers who may – or may not – be trying to avert the apocalypse. It’s a baffling concept, but we’re intrigued to see how the family fight a group who are supposedly trying the stop the end of the world.

I think I may have to read the book to find out more.

Steve Desmond and Michael Sherman will be adapting the novel, but a director is not yet tied to the project. Keep an eye out for more as it comes.