This week saw shooting officially wrapped on Halloween-set horror Haunt, which was produced by a certain Eli Roth.

The film, which sees a group of friends get more than they paid for when they sign up for a ‘haunted house’ experience, was directed by Scott Beck and Bryan Woods, the writing duo behind John Krasinski’s upcoming chiller A Quiet Place. It stars Damian Maffei (upcoming sequel The Strangers: Prey at Night), Katie Stevens (Polaroid), Shazi Raja, Andrew Caldwell, Will Brittain, Austin Lyon, Lauryn Alisa McClain, Schuyler Helford, Justin Rose, Kurt Oberhaus and Phillip Johnson Richardson. 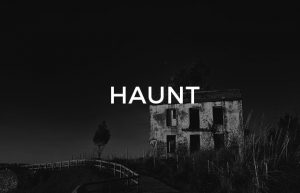 Synopsis:
A group of friends encounter an “extreme” haunted house which promises to feed on their darkest fears. The night turns deadly as they come to the horrifying realization that some nightmares are real.