Three years since the release of the first film, Pacific Rim: Maelstrom has officially begun shooting, as announced by director Steven S. DeKnight, who on Wednesday tweeted: “Day 1 of shooting. The adventure begins… #PacificRim2” 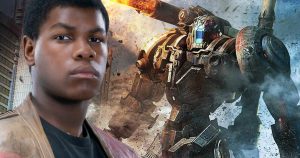 Having directed episodes of TV series including Daredevil and Smallville, DeKnight makes his feature debut with the film, which sees del Toro returning as a producer. Also on producing duties are Thomas Tull, Mary Parent, Jon Jashni, as well as Boyega and Femi Oguns, who co-produce under their Upper Room Productions banner.