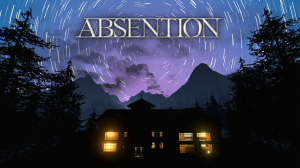 The indie horror game Absention hasn’t even been released on gaming platform Steam yet, but the creators have already bagged a deal to turn the game into a film.

The game is being developed by Dream Wave Games, who have teamed up with independent distribution and production company Deadhouse Films to transform the survival horror into a modern, unique indie film.

You’ll see from the trailer that the game has a very film-like quality about it, and that also occurred to Deadhouse founder Enzo Tedeschi, who said: “The game’s launch trailer instantly conjured up several of my favourite horror films when I saw it. On meeting with the game’s creator Robert Bruce it was immediately clear that that was exactly his intention and that we are both influenced by the same kind of messed up horror films.” 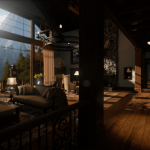 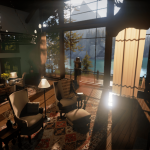 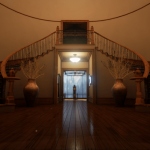 The game must have made a strong first impression to be snapped up for a film adaptation already, but hopefully that means that the film will be equally haunting and terrifying. Rob Bruce extends his thoughts on this: “It was instantly clear to me while first working with Enzo Tedeschi of Deadhouse Films and writer Mike Jones that we had begun something very unique. Fans of horror film and gamers of classic survival horror will each share in Absention’s haunting vision but with very distinctive perspectives. While they will each operate on their own, together they will combine for something enjoyably horrific.”