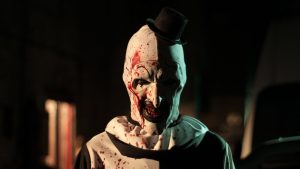 Rose will play the role of Ms. Principe in the sequel, which sees Art the Clown resurrected by a sinister entity and returning to Miles County to hunt and kill a teenage girl and her brother. The film will also star Lauren LaVera (Clinton Road), Jason Lively (Night of the Creeps), and Tamara Glynn (Halloween 5: The Revenge of Michael Myers), with David H. Thornton returning as the murderous clown.

“This will be an epic film and I am thrilled to be involved,” Rose said on Instagram.