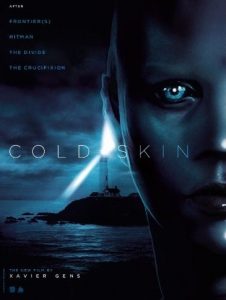 A film version of the novel has been in the works since 2009, when 30 Days of Night’s David Slade was set to direct from a script by Carriers writers Alex and David Pastor. Slade was dropped however, and replaced by Gens, with a fresh script by 28 Weeks Later scribe Jesús Olmo. After a further two years spent in development Hell, this dark tale of isolation is finally on its way, and we’ve got some stills and behind-the-scenes pics to prove it.

Read on for the ominous official synopsis:
On the edge of the Antarctic Circle, in the years after World War I, a steam ship approaches a desolate island far from all shipping lanes. On board is a young man, on his way to assume the lonely post of weather observer, to live in solitude for a year at the end of the world. But on shore he finds no trace of the man whom he has been sent to replace, just a deranged castaway who has witnessed a horror he refuses to name. The rest is forest, a deserted cabin, rocks, silence, and the surrounding sea. And then the night begins to fall… 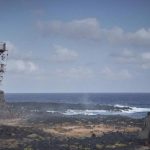 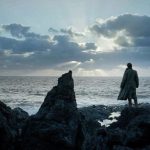 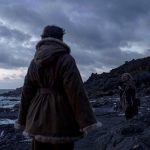 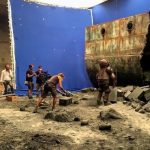 Cold Skin will be sailing our way sometime in 2017. 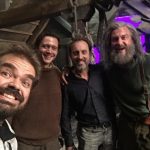 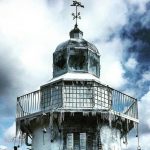 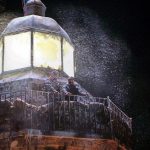