Fede Alvarez Taking Us Back to Jim Henson’s Labyrinth 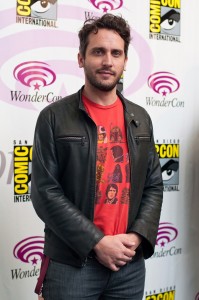 With just two features under his belt – 2013’s Evil Dead remake and last year’s Don’t Breathe – Fede Alvarez has firmly marked himself as a leading talent among today’s new wave of horror filmmakers. While the director is currently in pre-production on his adaptation of The Girl in the Spider’s Web, it is the announcement of his next project that will both surprise and delight a lot of people. As reported by Deadline, Alvarez is set to helm a film set in the universe of Jim Henson’s 1986 fantasy classic, Labyrinth.

Word is that Jay Basu will write the film for TriStar, with production scheduled to begin immediately after Alvarez completes work on The Girl in the Spider’s Web. The film will not be a remake or reboot, but a completely new story sharing the original film’s universe. It will reportedly – and probably rather sensibly – not feature Jareth, the Goblin King portrayed so unforgettably by the late David Bowie.

A co-production between TriStar Pictures and The Jim Henson Co. the film will be produced by Lisa Henson of The Henson Co., with Nicole Brown overseeing for TriStar.

“Labyrinth is one of the seminal movies from my childhood that made me fall in love with filmmaking,” says Alvarez. “I couldn’t be more thrilled to expand on Jim Henson’s mesmerising universe, and take a new generation of moviegoers back into the Labyrinth.”