Feast on these Stills from Fang

Adam R. Steigert has provided a few grim stills from his upcoming shocker Fang, which will be released in October. 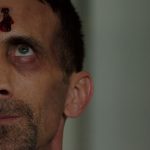 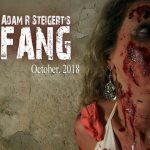 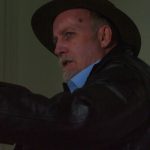 Steigert, whose previous films include 2011’s Prisoners of the Dead and 2014’s A Grim Becoming, wrote and directed Fang, which is currently in post-production. It stars Gregory Blair (the upcoming Garden Party Massacre), Melodie Roehrig, Theo Maefs, Michael O’Hear and A Grim Becoming’s Melantha Blackthorne as Doris, the film’s lead antagonist.

Synopsis:
After participating in a robbery-turned-murder, Chloe (Roehrig) and Joe (Maefs) decide to hide out at a distant relative’s house, only to find themselves stalked and hunted by creatures and forces unknown.