Fear The Walking Dead Season 2 Will Head to the Seas 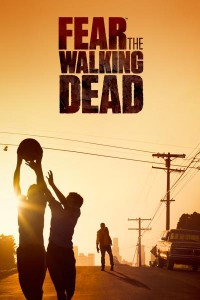 If you’ve been wondering where the next season of Fear The Walking Dead will head, then we have your answer. In a recent interview with The Hollywood Reporter showrunner Dave Erickson has described how the show will follow events on the land, as well as the sea. Zombies on a boat? Yes please!

Additionally, he has said “We’ll pick up in a more accelerated pace when we go in to the season.” It could be argued that first season was a little slow, especially when compared to The Walking Dead. However, it was all for a worthy cause and to get us eased in to this new world before Rick Grimes awakes from his coma. The end of the season was pretty hard-hitting, so you’ll be glad to know that there will be a time jump, but Erickson has confirmed that the aftermath of the final episode will not be ignored – “There’s too much emotional weight coming off of the finale and the loss of Liza and Griselda. We didn’t want to jump too far because there’s an obligation to see the aftermath of that and see how that impacts our characters as they try to wrestle with it.”

When asked about the themes of the new season, Erickson described how the idea of sanity and mania will become key elements – “How do you maintain your sanity? In this world, where the world has gone mad, is it better to not maintain your sanity? What does that look like for Nick or Chris, who has gone through horrific trauma of losing his mother? We try to tell the story through the filter of a family drama and that element needs to become more visceral and violent as we push forward.”

All in all, this sounds pretty promising and we can’t wait to see Season 2 of the show. If you’re already have withdrawal from Season 1, then don’t forget that the web series spin-off Fear The Walking Dead: Flight 462 has now begun on AMC.com. Season 2 of the show will hit our screens in 2016.