Fear The Dark in New Lights Out Trailer

We get to see a lot more of the creepy lady who likes the dark in the latest trailer for upcoming James Wan-produced creeper Light Out. We also get a lot more backstory; perhaps a little more than we really need to. In fact, if this is a film you’re really looking forward to, you may even want to give this trailer a miss.

The film is directed by Swedish filmmaker David F. Sandberg, adapted from his 2013 short. Sandberg is also at the helm of next year’s Annabelle 2, also produced by Wan. Warm Bodies’ Teresa Palmer stars as Rebecca, whose childhood fears have manifested into a spectral woman who has returned to haunt her and her younger brother Martin, played by Annabelle’s Gabriel Bateman. The entity, who appears only in the dark, wants to get close to the two, and also begins to threaten Rebecca’s mother (A History of Violence’s Maria Bello) and part-time boyfriend Bret (Alexander DiPersia). 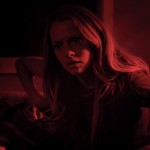 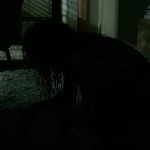 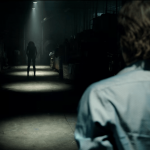 Early reviews of Lights Out have been overwhelmingly positive, and another mainstream horror hit for Wan looks likely. We’ll see if it has the box-office clout of his all-conquering The Conjuring 2 when it hits US cinemas on July 22nd, followed in the UK on August 19th.