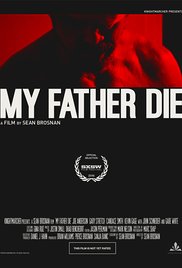 Asher (Joe Anderson) was scarred both physically and mentally when a child, by his brutal and barbaric father Ivan (Gary Stretch).  Having served a lengthy jail sentence for the murder of his elder son – who the young Asher idolised – Ivan is now returning home.  However he hasn’t allowed for the effect his twenty years behind bars have had on Asher, who has spent the time of his father’s incarceration festering on thoughts of revenge for both his brother and himself.

This film by Brosnan has several aspects which, under a different approach, might have made for a gripping revenge drama.  It’s premise of a young loner damaged – both physically (through loss of hearing) and mentally (through just about everything else) – by his psychotic father, who sets out for revenge after the said man is released from prison for having killed his other son, had a grain of originality which could have resulted in some degree of interest.  The resultant film is beautifully shot capturing the lonely backroads and desolate countryside of America’s rural Louisiana with a hypnotic and languid air.  Shooting flashbacks to Asher’s childhood and how he came to be how he is in black and white, adds a certain novelty factor which works surprisingly well with the subject matter in hand.  The cast also – particularly Anderson as the troubled Asher and Candace Smith as his childhood friend and soulmate Nana – put in markedly heartfelt and moving performances.  Unfortunately though, when much of what goes on moves you to nausea and revulsion, any of the film’s admitted strengths are diluted. 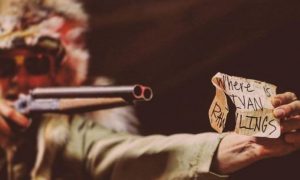 And herein lies the main problem with My Father Die.  Namely that Brosnan – as both writer and director – seems to be of the school of thought that subtlety is for wimps and certainly not hard boiled thriller or horror fans.  The degree of brutality in the film – though undoubtedly in keeping with the character of Ivan, who perpetrates most of it – is almost numbingly over-the-top, with a seemingly unending rape scene and gun blasting finale the worst but by no means least of the atrocities depicted.  The film also succumbs to a widely held vision of America’s Deep South and the people who live there: trailer trash, inbred, psychotics, who believe they can wipe away any sin – no matter how heinous – through penance, both monetary and physical, paid to a warped and secretly perverted TV evangelist. 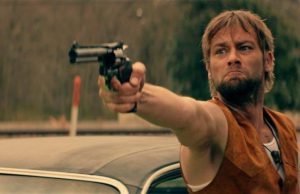 One of the biggest surprises in the film is that ex-Bond himself, Pierce Brosnan, is one of several producers on it.  Now one can understand that he wants to support his family – Sean is Pierce’s son with the late actress Cassandra Harris – in their endeavours.  But you can’t help feeling that association with such a niche piece of filmmaking is ultimately unnecessary for someone of his undeniable presence and standing in the film world.

I know my views will differ from those of many who will see the film, but I for one feel that this particular slice of American Gothic should have died before it saw the morning light of the Louisiana Bayou.