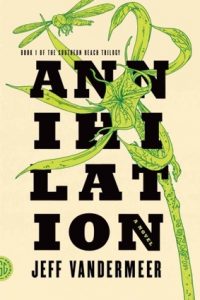 It has become increasingly disappointing to learn that Paramount has dropped the theatrical release of Alex Garland’s Annihilation, especially after seeing this fascinating, intriguing and complex trailer for the film.

You can watch the trailer for Annihilation below. It shows the film’s star Natalie Portman as she embarks on a dangerous mission that seems to open the door to a dangerous new world. Her and her crew discover a beautiful destruction, but describe the strange creatures that appear to be destroying their world as actually “creating something new.” It looks visually striking and hugely intricate, so we can’t wait to see the film in 2018.

Annihilation will see Garland re-team with Ex Machina star Oscar Isaac, as well as Tessa Thompson, Natalie Portman and Jennifer Jason Leigh. The film has been described as following a biologist who signs up for a dangerous expedition, where the laws of nature are absent. The story is based on the novel written by Jeff VanderMeer which was originally published in 2014.