The Fangs are Out in Texan Horror Short The Date

Currently in post-production is Night Creature Productions’ vampiric horror short The Date: A Tale of Love, Horror and Revenge, which was funded through a successful Indiegogo campaign. The film is due to be completed in October but before then, we have the following trailer for you to snack on, as well as these stills and behind the scenes shots sent to us by the film’s director, Christopher Ambriz.

Texan filmmaker Ambriz also wrote the film, which is a longer version (with a longer title) of his 2014 short The Date. Ambriz already has a string of horror shorts under his belt, as well as a bunch of music videos, commercials and documentaries.

Synopsis:
Matt is a down on his luck bartender working at a bar with his buddy Roy. Matt meets the girl of his dreams in Katie, who is visiting his place with her girlfriends Lori and Ashley. They hit it off and decide to go on a date…much to the skepticism of their friends. Once Matt and Katie go out on their “date” it quickly turns into a disaster, and Katie’s true “vampiric” nature starts to unfold. And Matt finds himself in a dangerous situation that only gets worse as her friends get into the mix as well. Also Matt’s uncovers the “truth” about himself, and the coven of vampires he is facing off with. So Matt must fight to the bloody end to seek revenge and salvation. 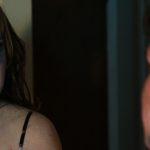 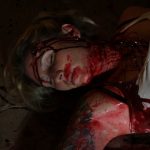 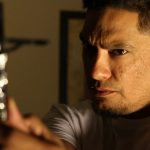 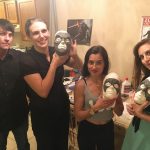 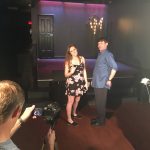 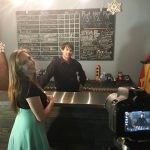 The Date is crammed with cool-looking practical effects and buckets of blood, as well as vampires with some nasty, duel fangs! It is due to form part of an anthology of short films to be released by Cinema Epoch. We’ll let you know more on the release when we can.