With Paramount’s next Friday the 13th film not due until October 2017 (if it even emerges then), we’ve got a while to wait before Jason hacks his way across our screens again. In the meantime, a fan with a clear fondness for Jason’s earlier incarnations has edited together a trailer with footage from the 2009 remake, and given it a glorious VHS styled makeover.

Directed by Marcus Nispel (who had already tampered with a classic with his version of The Texas Chain Saw Massacre in 2003), 2009’s Friday the 13th basically re-imagined the franchise’s first four films, as opposed to giving us the origin story that was originally proposed. This fan-made ‘VHS trailer’ repositions the remake as the original film, paying homage to the 1980 trailer, and using its voice-over and counting motif. 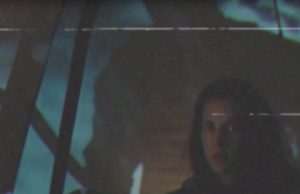 We’re all for a bit of VHS love here at Scream, and while Nispel’s Friday fares better than many modern horror remakes, this trailer makes it look like something far juicier. So press play, adjust the tracking and remember to rewind.