Synopsis:
A Pathologist (portrayed by actor Michael Carr) hosts a series of graphic vignettes depicting many aspects of death. 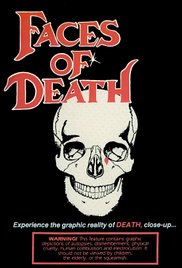 Of all of the releases that were banned during the video nasty era, Faces Of Death remains one of the most controversial. Since its debut in 1978, an enormous amount of speculation has emerged regarding how much of its content was actually real. Over time, several scenes have been debunked as fake, and many actors have come forward to reveal their involvement. There’s also a good portion of the content that isn’t only real, but absolutely shocking in its presentation. The film itself is best described as a collection of dramatised vignettes, loosely sewn together with stock footage, and presented in the form of a pseudo-documentary. Hosted by a fictional pathologist, it attempts to take itself completely seriously, despite a great many flaws and moments of utter disbelief. On one hand, it has the appearance of a low budget attempt at a fake snuff film. On the other, it continues to raise interest, and attract new viewers—even today.

Like a lot of other mondo films from the time period, segments involving real animal death are featured to illicit shock from the viewing audience. Needless to say, these scenes are enough to make anyone cringe, and have only furthered the films notorious reputation. Shot on location at an actual slaughterhouse, scenes of cows and lambs being slaughtered are genuinely disturbing in their realism. Aside from witnessing the machinery of consumerism in full force, practices of indigenous tribes are present, as is natural selection of animals in the wild. Stock footage from the holocaust and the Second World War makes an appearance, as well as a real suicide captured on film during a full moon. A trip to the Los Angeles morgue is also chronicled. Here, real cadavers are brought out in the open to display the chilling reality of death up close. This could easily be dismissed as an attempt to further this film as a serious expose, and not just an exploitation piece. 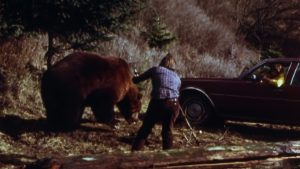 Intertwined with the reality of the ‘final curtain’ are reenactments of events that have allegedly taken place. Gross provides narration over each portion, attempting to imply that what we’re seeing is real, and is being professionally analysed by the doctor. For the time period, they might have been somewhat convincing, but by todays standards are easily disproven to the human eye. Many have the same shot consistency with one another, and none are acted out particularly well. Some of these focus on a criminal being executed in the electric chair, and another in a gas chamber. Both are easily dismissible, as it’s against the law to record executions in the United States. Other moments include a bear attack, which is instantly dismissed when one notices the camera crew present beforehand. These, along with a flesh eating cult and a police shoot out are stitched together to form one long narrative. It barely holds itself together on a continuity basis, and at times feels like a jumbles mess. 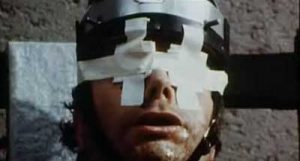 Faces Of Death is a flawed production, there’s no denying that. Despite this, it still manages to maintain its appeal. Though it certainly isn’t for everyone, its ambition, as well as its cult status is certainly undeniable. It’s a product of its time, and deserves a place in history. Many copycat films have attempted to capitalise on its legacy, but none have succeeded. Death will always be a source of great interest and speculation, and so will this film.