Eyes of My Mother Director’s Piercing to Hit Sundance 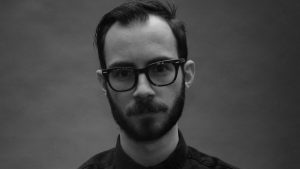 One of many intriguing horror titles to have been added to the Sundance Film Festival program is Piercing, which comes from Eyes of My Mother director Nicolas Pesce (pictured).

The film stars Alice in Wonderland’s Mia Wasikowska and Christoper Abbott (It Comes at Night, alongside Laia Costa, Maria Dizza, Wendell Pierce and Martin Ireland. As per the press release, it blends “…psychological horror with comedy and stylish neo-noir, resulting in a sly take on the fantasy of escape and the hazards of modern romance.”

Here’s the full synopsis:
Reed (Christopher Abbott) is going on a business trip. He kisses his wife and infant son goodbye, but in lieu of a suitcase filled with clothes, he’s packed a toothbrush and a murder kit. Everything is meticulously planned: check into a hotel and kill an unsuspecting victim. Only then will he rid himself of his devious impulses and continue to be a good husband and father. But Reed gets more than he bargained for with Jackie (Mia Wasikowska), an alluring call girl who arrives at his room. First, they relax and get in the mood, but when there’s an unexpected disruption, the balance of control begins to sway back and forth between the two. Is he seeing things? Who’s playing whom? Before the night is over, a feverish nightmare will unfold, and Reed and Jackie will seal their bond in blood.

Piercing is based on the 1994 novel by Audition writer Ryu Murakami. It has its world premiere at Sundance on January 20th.