Experimental Super-8 Nightmare Flesh of the Void Gets Hellish Trailer 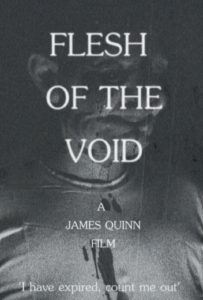 Sitting comfortably? This trailer for experimental horror Flesh of the Void will soon put a stop to that. Aiming to depict what The End may feel like, director James Quinn has shot an 80-minute, Super 8 nightmare exploring “…what it could feel like if death really were the most horrible thing one can experience.”

Very possibly taking cues from cult German director Jörg Buttgereit (and particularly his 1989 meditation on death Der Todesking), the film is described by Sodom & Chimera Productions as “80-minutes of pure Hell,” and a “non-linear, psychedelic nightmare.”

“The film was shot almost entirely on expired Super 8 film from the ’80s,” the press materials note, “and is intended as a trip through the deepest fears of human beings, exploring its subject in a highly grotesque, violent and extreme manner.”

“If you like your horror straight and rational, this is not for you,” Sodom & Chimera warn, adding “if you’re a fan of surreal mindfuck like Begotten, Subconscious Cruelty or similar experimental films, you should have your fun with it. In the end, death has no story line. Death is a state.” 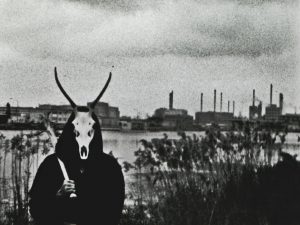 Keep an eye out for Flesh of the Void later this year. Just don’t expect to see it in your local cinema listings.