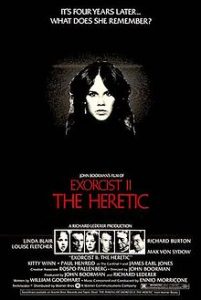 Synopsis:
Four years have passed since Regan McNeil was possessed by a demon. A psychiatrist and a priest attempt to gain entry inside her mind, and discover what she remembers.

When cameras started rolling in 1977, John Boorman had an arduous task laid out before him. The director was at the helm of a follow up to one of the most celebrated horror films of all time—The Exorcist. When William Friedkin’s tour-de-force hit theatres in 1973, it caused many to run screaming from the theatre, and properly secured a place in history for its director. Boorman was about to accomplish the same—but in a very different way. The sequel, entitled Exorcist II: The Heretic, was a disaster with both critics and audiences, and has since gone on to be regarded as one of the worst sequels ever made. A complete departure in style and tone from its predecessor, it’s sometimes referred to as the ‘anti-exorcist’. In all fairness, making a follow up to Friedkin’s 1973 film would be a tough act to follow. Every movie involving exorcism that’s been released since has been compared to it in one way or another. No matter what the content was, or who had been at the helm, there would have been ridiculous expectations to be met.

There’s a lot to be said regarding the content of Boorman’s film. It has ambition, but it’s never fully realised. It has ideas, but fails to utilise any of them to their potential. Most importantly, for a film with ‘exorcist’ in its title, it has very little to do with exorcism. Rather than being the driving force of the story, like its predecessor, it’s relegated to merely being a sub plot—one of many. If one astute observation can be made, it’s that this was a movie almost doomed from the start. The author of the source material, William Peter Blatty, along with Friedkin wanted absolutely nothing to do with a sequel. The Exorcist had given itself a proper conclusion, and continuing the story seemed like a hair-brained scheme, one that only could have existed to capitalise on the success of its predecessor. The reactions from the finished product certainly reflected that. Friedkin was outraged at the results, even referring to it as “worse than terrible” and “disgusting.”

The supposed intention of Exorcist II is to continue the story of Regan, once again played by Linda Blair. It’s been four years since her possession, and is currently under the care of a psychiatrist named Gene Tuskin, played by Louise Fletcher. The sub plot between the doctor and patient is unquestionably one of the films major setbacks. Shifting away from possession and relying heavily on a trope based on hypnosis. It becomes very pivotal to the main story, and is about as tedious as one can imagine watching a hypnosis session might be. A device called a ‘synchroniser’ is brought into play, where two people wear headgear, and floodlights initiate psychic contact. At first glance, this idea might have actually worked. It’s one of the many elements that had a great deal of potential. Nevertheless, all that came of it was a number of drawn out sequences with blinking lights that tested the patience of anyone watching. In one of the other low points, flashbacks to the first film are attempted, only without Blair wearing the grotesque make up, which leaves them seem unconvincing.

In an attempt to connect with the events of the first film, Father Phillip LaMont, played by Richard Burton, is dispatched to investigate the death of Father Merrin. The performance from Richard Burton is VERY phoned in. By 1977, Burton had been battling a very severe problem with alcoholism, and it shows in his performance in the film. Notoriously drunk on set, he struggles to maintain composure throughout much of its duration. Often times blurting out lines, and displaying an erratic behaviour far removed from his earlier career. In less than ten years from the film’s release, Burton would tragically succumb to his demons with the bottle. The sub plot with Lamont is just as stale as everything else that occurs in the movie. It’s the perfect example of an actor not caring about the material he’s presented with.

Aside from psychic journeys and memories of past torment locked away in the subconscious, there’s a third subplot involving an African shaman named Kokumo, played by James Earl Jones. Kokumo, once possessed by the same demon that Regan was, offers insight into Pazuzu. The scenes with Lamont in Africa, while just as tedious as everything else, exemplify one of the film’s saving graces. Despite the sometimes-bland nature of the film, it’s wonderfully shot. Cinematographer William Fraker continually demonstrates his talent for crafting sequences that look breathtaking. That’s the overall feeling that one gets from Exorcist II; it’s wonderful to look at, but sometimes painful to sit through. The atrocious editing doesn’t help with this, as it carves many scenes up in such a way that makes them seem hallucinatory. 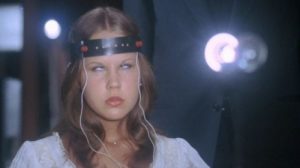 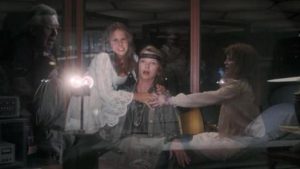 Is Exorcist II the worst sequel of all time? There’s certainly worse out there, but because it came after a movie that caused such uproar, it’s always going to be treated like a red headed stepchild. With a script that was constantly being re-written, it’s understandable why the movie seems so sporadic and out of synch with itself. Perhaps with a different director, things might have turned out differently. If you look at it as its own product, it comes across as just a ball of campy nonsense. For what it’s worth, people are still talking about it, and its place among bad movies is more or less secure. Reboots and sequels to Friedkin’s film are still emerging, so it seems that battle between good and evil will go on for quite some time.