Synopsis:
Eduardo Sanchez and co. return to the genre they helped shape with Exists. When a group of friends travel to a secluded cabin in the woods, they get far than they bargained for when they enrage a creature who lurks in the trees. Armed with little more than a few cameras, the group find themselves on the run from a sasquatch.

The found footage aesthetic is definitely hit and miss with many films failing to use the formula well. However, with Eduardo Sanchez – director of The Blair Witch Project – at the helm, it would be adequate to expect something favourable from this. Thankfully, Exists does deliver many great moments and is a generally enjoyable, quite scary and entertaining found-footage flick.

Despite the setting being almost identical to The Blair Witch Project, this film takes a very different approach to telling its ‘real’ tale. There are no interviews with the locals and no mention of this footage actually being ‘found’. The group are not heading out in the name of research and are just looking for an old-fashioned good time. Exists opts for a traditional and subtle route, not attempting to persuade its audience that this is real, so you can breathe a sigh of relief and enjo this one for its fantastical ride. There have been countless found-footage films that begin with a warning; telling the audience that what they are about to see is real and, truth be told, it’s no longer effective. The Blair Witch Project began this idea way back in 1999, so it’s nice to see that the film-makers understand it’s no longer a requisite of found-footage to start like this.

Exists begins in a typical fashion as we are introduced to our group of young folk who want some fun in the forest. Where’s better for a good time than an isolated cabin in the middle of the woods? That’s right, nowhere! If there’s been sightings of Bigfoot, even better! The film doesn’t hang around and within the first few minutes we’re treated to some Bigfoot action when the group hits one with the car; they’re going to regret that I think. The group replay the recording to see what they hit, but their minds quickly drift as they take a tiny dirt road to the cabin. Honestly, this was annoying and unbelievable. Clearly, they’ve hit a big, hairy creature, but they don’t give it a second thought. However as an audience, we will be replaying the image over and over in our head, eager to see the consequences of their abominable mistake.

There’s a slow and steady build-up to the terror with eerie dialogue like, “It looks like somebody left here in a hurry” and sideways glances to the camera, insinuating that a couple of people might be hiding something from the rest of the group. Surprisingly, Exists essentially skips the part where the lone member of the group must persuade his friends of the truth, because on the first night Mr Sasquatch comes a-knocking and they have no choice but to believe in the mythical creature. The fun starts quickly; it’s clear that Bigfoot is not the peaceful creature they’ve read about as he soon sets out on a relentless rampage, determined to make the group pay for what they’ve done. The tension builds well and is maintained throughout with a genuine air of dread surrounding the film. We are given a full-blown, uncensored look at Bigfoot, showing that Exists is confident in its depiction of the creature. Furthering the film’s fearlessness is its decision to shoot much of the film in broad daylight; it doesn’t hide in darkness or rely on shadowy figures in the night and, instead, tackles its presentation of a creature feature head-on. It works extraordinarily well and makes for some downright terrifying moments. It’s refreshing to see a film that refuses to follow in the footsteps of many found-footage films; there’s no moments where the camera picture wavers at the most crucial time and we are shown a mostly realistic and believable little story.

It may not offer too much we haven’t seen before, but if you’re after something scary with a few surprises then I urge you to watch Exists. It’s a bold, frightening and one hell of a blast. It does well to play on our fears of the unknown as humans are pit against the unforgiving wrath of nature. People are helpless when they are stripped down; and Exists exploits this in an effective manner as our group wander aimlessly in the woods, with no phone signal or car, hoping to find a way home. They are at the mercy of Bigfoot and he’s in no mood to help a group of technology-obsessed humans. However, if the film is warning us about anything, it’s not to lay off the tech, but to always make sure that someone else knows where you’re going! 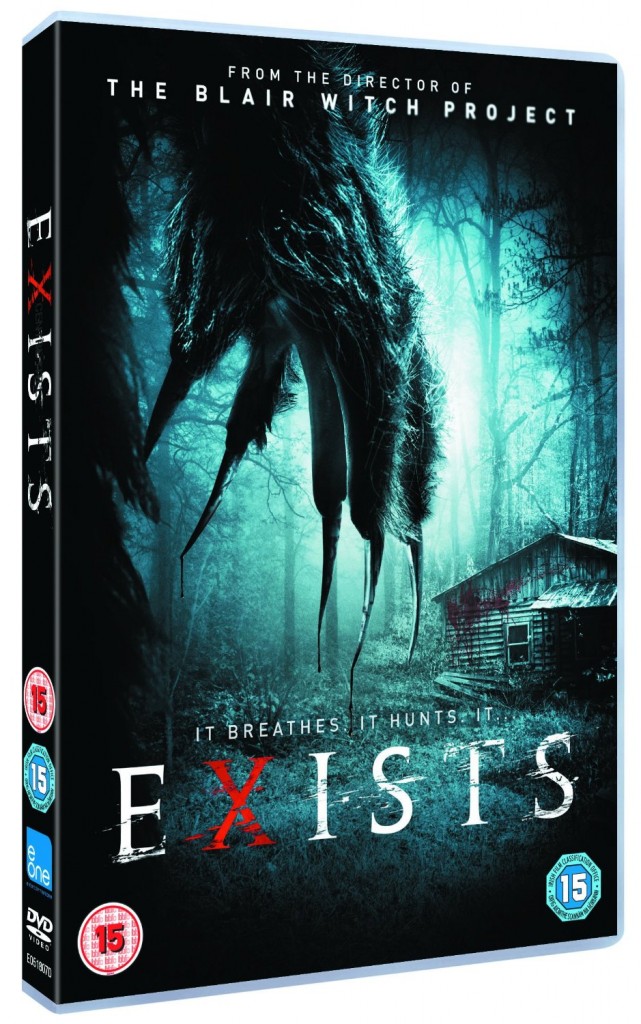