EXCLUSIVE: The Necromancer Concludes Filming in Scotland and Germany

The twisted fairy tale The Necromancer has concluded filming in Scotland and Germany and we have a host of images to share with you to celebrate. The images show the British soldiers in the midst of terror as they make their way through the beautifully deadly Black Forest in Germany. 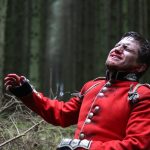 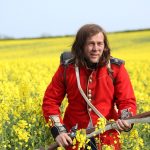 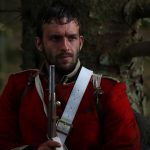 Synopsis:
The Necromancer follows a group of British soldiers who flee the battlefield, to return home. Passing through the Black Forest in Germany they soon find themselves embroiled in a world where everything is not what it seems and someone is waiting for them…

The Necromancer sounds like it’s going to be a bloody and gory affair, which should come as no surprise when you learn that the film’s writer-director, Stuart Brennan, previously managed a VFX studio in China. When speaking about the film’s effects he said: “I prefer to combine physical and visual effects. That’s the key to making things realistic and we certainly didn’t shy away from nudity, violence or gore in this film.”

This will be Brennan’s second horror feature after the impressive Plan Z which followed a man’s plan for a zombie apocalypse coming in very handy. It was the appreciation for Plan Z that lead him to The Necromancer, as the support from the horror community showed him that he wanted to do another genre film.

The Necromancer is expected to release in March 2018, after previewing for buyers at the Cannes Film Festival.