Evil on Horseback in First The Wicked One Trailer

A young man’s psychotic alternate personality takes over in The Wicked One, an upcoming low-budget slasher from Kentucky director Tory Jones.

Jones wrote The Wicked One together with his writing partner Cheyenne Gordon, with whom he also wrote his brilliantly-titled previous film The Killbillies. It stars Dale Miller (Kill, Granny, Kill!), Katie Stewart (Intrusion) and Jack Norman (The Funhouse Massacre) as the titular entity. Also starring is none other than Friday the 13th’s ‘original Jason’ Ari Lehman, who plays a character known as Count Creepy.

Synopsis:
A group of traveling friends return to their hometown for a weekend of festivities on Halloween at the annual event Wicked Fest. Upon arriving, they are quickly targeted by one of the most notorious and dangerous psychopaths in the world, whose crimes have earned him the moniker of The Wicked One. 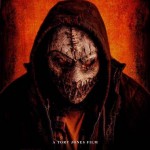 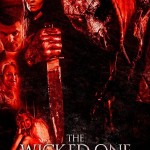 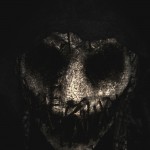 Produced by Studio 605, The Wicked One is slated for a DVD release sometime in 2017. Check out this first official trailer (below), plus three poster art variants (above).