Evil Dead 2 to Receive a Survival-Horror Board Game 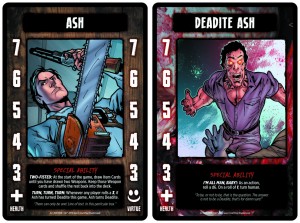 Who says that video games are where it’s at?! We all love a good old-fashioned board game, don’t we? Space Goat Play has announced that they will be launching a Kickstarter crowd-funding campaign to help the company create a board game based on Evil Dead 2, groovy!

Space Goat are behind a variety of awesome comics set in an Evil Dead 2 universe, including Revenge of Hitler; which sees the Book of the Dead release a deadite Hitler and Cradle of the Damned; which follows Ash trapped in the Mirror Dimension.

The designer of the board game Taylor Smith, said, “Evil Dead is such a great world to work in. Making a brutal survival horror game filled with jokes and exciting gameplay just came naturally. It’s a cooperative game with a twist: Players can turn evil and go after their former allies, who then have to decide to save their Deadite friends or put them down for good and carry on with the mission.”

The game itself will feature at least 8 custom figures and will be for 2-6 players. The game will last around 60-90 minutes and players will work together to gather pages of the Ex-Mortis while trying to avoid various demon attacks. There will also be a deluxe edition that will feature exclusive figures, plus more features that will be decided as the campaign progresses.

The Kickstarter is set to launch within the next 2 weeks and you can check out some early designs below. You can sign up for a newsletter right here. 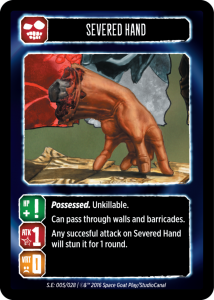 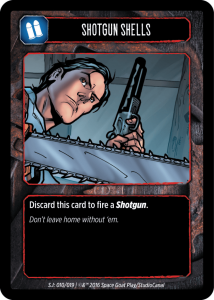