Evan Peters and Kathy Bates have both been confirmed to star in American Horror Story season 8. Peters has featured in every season of American Horror Story, so it’s not surprising to see him return to the show once again. Bates joined the cast in 2013, but took a break from the show in 2017 and did not feature in AHS: Cult. 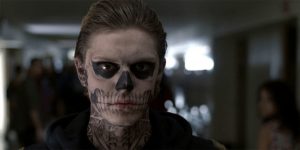 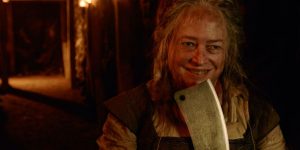 Bates and Evans join another returning star in Sarah Paulson, who was previously confirmed as returning to the show. Ryan Murphy told EW that the trio are the leads in the new season, so that’s exciting.

Murphy additionally gave a very vague response to a question about the season’s theme and whether it will be titled American Horror Story: Radioactive:

“I heard about that rumour. Well, that’s based on a fact that we’ve cleared a lot of titles for that show. It’s an interesting idea. I can neither confirm nor deny.”

I suppose we’ll have to wait for more information as it comes. AHS Season 8 will air on FX this autumn.