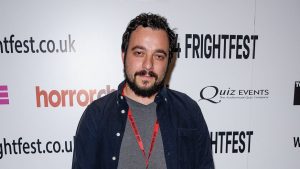 The fourth season of Channel Zero is to be titled The Dream Door and will be directed by Evan Katz (pictured right), the director of the excellent dark horror-comedy Cheap Thrills and the impressive Small Crimes.

The story will again be based on a creepypasta. This one will be based on Charlotte Bywater’s Hidden Door, focusing on a newlywed couple with a host of secrets. Upon discovering a door in their basement, the secrets start to threaten their marriage and their lives in equal measure.

The Dream Door will star Butcher’s Block’s Brandon Scott as husband Tom, Maria Sten as the wife Jillian, Steven Robertson as the couple’s neighbour and Steven Weber as their therapist. Nick Antosca will return to executive produce and write the series.