Eurohorror of the Week: Tragic Ceremony (1972) 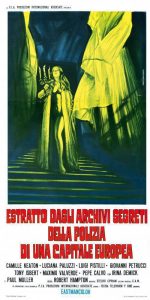 Four ‘teenagers’, including I SPIT ON YOUR GRAVE’s Camille Keaton, out on a boating trip, end up holing up in a crumbling old villa when their dune buggy runs out of gas and an almighty storm breaks out. Their hosts are Lord and Lady Alexander (Luigi Pistilli and Luciana Paluzzi), no less, who seem to be involved in some suspect goings on in the cellar.

Camille finds herself compelled to creep down to said basement late at night – only to end up on the altar as the centre of attention in a Black Mass held by the Lord and Lady and what appears to be the rest of the local gentry in its entirety. Fortunately, the three dudes arrive just in time (or do they?) to rescue her, but not before the whole cellar goes ape-shit. Lady Alexander is stabbed with her own ceremonial dagger in the struggle – and what happens next has to be seen to believed. Seemingly trying to attack our heroes, the coven actually manage to completely wipe each other out in the process, with swords, pistols, and Godknowswhat, in sixty seconds of deranged mayhem. The scene is just so utterly, crazily illogical, that it can’t help being ever-so-slightly disturbing. 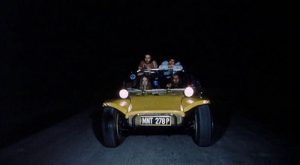 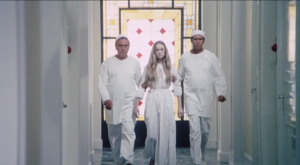 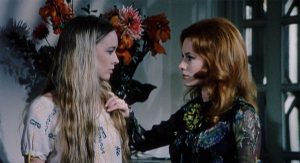 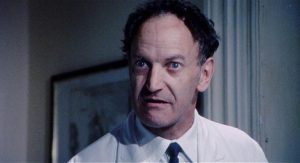 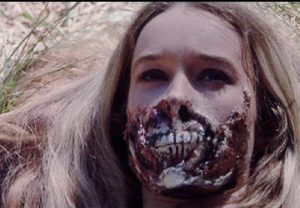 The gang manage to split unharmed (or do they?), but soon begin to be killed, one by one, in mysterious and deeply unpleasant supernatural ways. It seems that the dark forces at work here didn’t die with those crazed acolytes in the basement. Meanwhile, the cops are on the scene, and jump to the conclusion that they’ve stumbled on a Manson family style massacre, perpetrated by our longhair heroes. Things do get a mite confusing, but luckily for us Eurocult stalwart Paul Muller is on hand in the last five minutes to don the ‘mantle of the expert’ and explain to us in great detail what we have just seen happen. Thanks, Paul.

Another disorientating moment comes halfway through the movie, when some police car markings and a mention of Scotland Yard alert the viewer to the fact that the film is in actually supposed to be set in the UK. Maybe it was the obviously Mediterranean countryside and villas that threw us off. Or maybe it was the dune buggy. No-one drives a dune buggy in England. 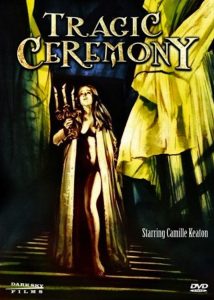 An Italian/Spanish co-production, TRAGIC CEREMONY isn’t one of director Riccardo Freda’s better horror films, but does at least create and maintain a suitably edgy atmosphere, with some breathtaking use of light and shadow, seen particularly in scenes set within the Villa Alexander. It also has a great score by Stelvio Cipriani working in its favour. The film’s main strength lies in its distinctly Euro and dreamlike ambience, which begs the question of why the distributors thought it prudent to market it from a misleading police procedural angle. The original title (‘Estratto dagli archivi segreti della polizia di una capitale europea’) translates as ‘From the Secret Police Files of a European Capital’. It must have been fashionable that week.

Probably best viewed at three in the morning under the influence of psychotropic drugs. Or something.