Eurohorror of the Week: Short Night of Glass Dolls (1971)

LA CORTE NOTTE DELLE BAMBOLE DI VETRO may be lacking in swooping crane shots, bravura gore set-pieces, and black leather glove sheathed hands laying out blades on tables, but this doesn’t stop it from ranking amongst the best entries that the giallo genre has to offer. It can even be said to serve as a wonderful one-fingered salute to those who seek to boil this wild and varied genre down to two or three well known motifs or, worse, a simple Argento imitation game. 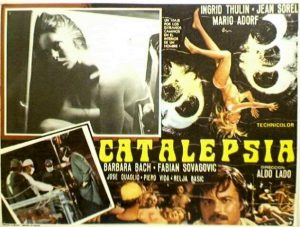 When an American journo’s body is found on some parkland in Prague, it’s quickly packed off to the local hospital, and then just as quickly to the morgue. However, we’re soon made privy to this ‘corpse’s’ inner monologue, as the terrified, paralysed Gregory (Jean Sorel) tries to piece together how he got in this state. Flashing back, we find his new girlfriend Mira (Barbara Bach) disappearing without a trace, and witness his frantic search around the City of a Hundred Spires; which quickly puts him in the crosshairs of the local Kommissar (Piero Vida) and other sinister Prague bigwigs.

The closer Gregory gets to the truth, the more he is obstructed, and the more the bodies start to drop. But nothing can prepare him, or the viewer, for the nightmarish endgame that he becomes an unwilling participant in. Can he piece together his story and exhibit some sign of life before he’s subjected to an autopsy? And could it be that there are fates even more horrific than death itself? 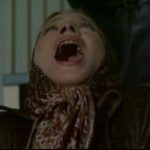 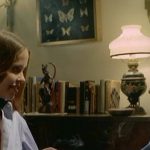 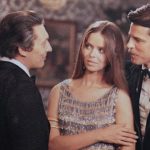 After a number of stints as a screenwriter and second unit director, SHORT NIGHT marked Aldo Lado’s first time in the director’s chair proper, and few débuts are more assured and stylish. Beautifully shot in Prague’s Old Town, the MALASTRANA of one of the film’s alternative titles, it pervades an eerie sense of dread from start to finish. Ennio Morricone’s magnificent score is by turns tragic and terrifying, amping up the tension to almost unbearable levels as Gregory becomes increasingly ensnared in the web. Without spoiling the ending, within it we can clearly read Lado’s despair and disappointment over the eventual failure of the cultural revolution of the sixties, providing us as it does with a metaphorical illustration of how the crusty old ‘powers that be’ preserve their rancid status quo. So, no, not quite your ‘typical’ giallo, then. 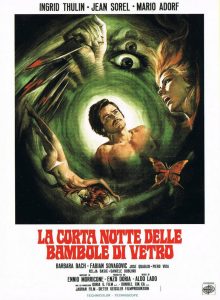 There are very few murders in comparison to many other entries in the genre; two of those are offscreen, and one of them may not even have happened. Instead we’re treated to a malefic slow-burn masterpiece, with a devastating climax that you’re unlikely to forget. A top-flight Eurocult cast helps greatly, with Sorel (the BELLE DE JOUR star once dubbed ‘The Handsomest Actor Ever’ by The Village Voice) perfect in his fish-out-of-water role,and top-billed Ingrid Thulin (divine Swedish star of Visconti’s THE DAMNED and some of Ingmar Bergman’s best loved classics) oozing class as his frustrated would-be lover. Cuddly cult favourite Mario Adorf (THE BIRD WITH THE CRYSTAL PLUMAGE, MILANO CALIBRO 9, etc) is as quirky as ever as his bemused but helpful colleague, and Bach (future Bond girl and wife of Ringo Starr, also in the same year’s equally wonderful BLACK BELLY OF THE TARANTULA) is enigmatic enough to make us wonder if she’s really as innocent as she appears.

Lado went on to helm another quality giallo, WHO SAW HER DIE?, along with the infamous NIGHT TRAIN MURDERS and STAR WARS rip THE HUMANOID, which saw him reunited with Bach. But this remains his best.