Eurohorror of the Week: The Hanging Woman (1973) 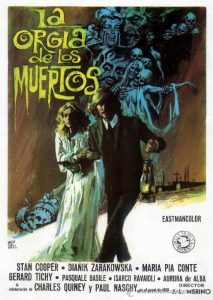 Late great Spanish horror icon Paul Naschy has but a supporting role in this Spanish/Italian Gothic from director José Luis Merino, but it’s definitely a memorable one.

Arrogant alpha male Serge Chekhov (Stelvio ‘Stan Cooper’ Rosi) arrives in a misty remote central European village to claim his recently deceased uncle’s mansion as his inheritance. There he meets his aunt, the vampish Nadia (Maria Pia Conte), and the seemingly more strait-laced and innocent Doris (Dyanik Zurakowska, of previous Naschy-fest FRANKENSTEIN’S BLOODY TERROR), and boots out Ivan the Butler (Carlos ‘Charles’ Quiney), who seems to have made himself a little too comfy and in the habit of lording it up in the absence of an official ‘man of the house’.

However, before these meetings occur, Serge finds the titular (well, at least as far as US audiences were concerned) Hanging Woman, who turns out to be a cousin of his. The investigating police suspect foul play, believing the woman was murdered before being hung to give the impression of a suicide. Prime suspect number one is of course our Paul, playing furtive necrophiliac gravedigger Igor with show-stealing relish, although since the film is also known as BEYOND THE LIVING DEAD (as well as BRACULA!) it’s not too much of a spoiler to reveal that the character is merely a red herring. Could the answer be linked to in-house scientist Professor Droila (Gérard Tichy of DOCTOR ZHIVAGO and, erm, SUPERARGO CONTRO DIABOLIKUS) who enjoyed Serge’s late uncle’s patronage for his experiments with electricity and its effect on the body?
Containing an odd but agreeable mix of zombies, spiritualism, and quasi-science fiction, LA ORGIA DE LOS MEURTOS is a treat for fans of sleazy Eurohorror – well come on, how could a film with zombies and Paul Naschy as a necrophiliac gravedigger not be? Perhaps less of a treat for others, though, with the living dead here being more your plantation mind-control zombies than those of the contagious, flesh-eating Romero variety, unlike in the following year’s superior Spanish/Italian effort THE LIVING DEAD AT THE MANCHESTER MORGUE. 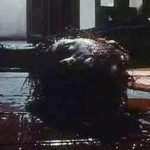 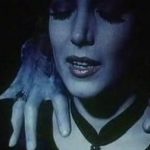 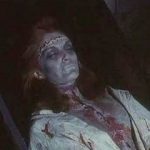 It must be said that Rosi isn’t the most likeable of leading men, but it’s hard to judge whether this is his fault or the screenplay’s. Tragically, this would be the Italian actor’s final film – he committed suicide shortly afterwards. Naschy’s performance as Igor is suitably degenerate and Deborah Harry lookalike Zurakowska and Pia Conte acquit themselves excellently, both of course baring their paps at every given opportunity, this being an export version of a 70s Spanish horror film and all. At one point Serge beds Auntie Nadia in a trippy sequence that shows the viewer what it must be like to have sex inside a washing machine.

Not as good as Jorge Grau’s, Amando de Ossorio’s or Naschy’s own best work, but worth a look.